The Squeaky Wheel Gets the Grease

Home > Bankruptcy  > The Squeaky Wheel Gets the Grease

06 May The Squeaky Wheel Gets the Grease

Posted at 16:11h in Bankruptcy, Liquidation by Southbaylaw_Ad 0 Comments 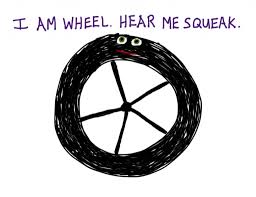 An old and well-known proverb warns:  “It is better to remain silent and be thought a fool than to speak and remove all doubt.”  Over against this timeless advice, however, a very recent Second Circuit offers more specific guidance for creditors of a bankrupt debtor:

“The squeaky wheel gets the grease.”

The Second Circuit explained that the commencement of a bankruptcy case triggers a number of requirements for a debtor.  Among these is the mandatory requirement that the debtor must submit a schedule of all its interests in any property, wherever situated.  Ultimately, the debtor must propose a plan which distributes this property within a defined priority scheme, and in the manner most advantageous for the greatest number of creditors.

The plan must also designate classes of claims and classes of interests and specify how the debtor will attend to these classes.  Once the relevant parties, including the creditors, approve the debtor’s plan, the court confirms the plan and binds all parties.  It is therefore crucial that all claims and interests must be settled before the plan is finalized and within the time frame allotted by the Bankruptcy Code.

The Second Circuit found that the commingled funds sought by the Adelphia Recovery Trust were claimed by one of Adelphia Communications’ subsidiaries during the bankruptcy proceeding.  Those claims were asserted without objection from Adelphia Communications’ creditors.  The Trust’s subsequent claim to those assets in a subsequent proceeding was therefore inconsistent with creditors’ earlier stance.  Under the doctrine of judicial estoppel, parties (and their successors) cannot be allowed to change their positions at their convenience.  Consistent with this doctrine, disturbing claims and distributions at such an advanced stage of the proceedings to address the creditors’ changed position would undermine the administration of Adelphia Communications’ and its subsidiaries’ related cases.  It would also threaten the integrity and stability of the bankruptcy process by encouraging parties to alter their positions at their whim, as and whenever convenient.

– First, the filing of a debtor’s bankruptcy schedules is more than a merely a perfunctory act.  It is a preliminary statement, made to the best of the debtor’s belief and under penalty of perjury, of the debtor’s assets (including all of its ownership interests in any property, anywhere) and its liabilities.  Ultimately, creditors and other interested parties – and the court itself – rely upon those schedules in determining the debtor’s compliance with the reorganization requirements of Bankruptcy Code section 1129.

– Second, related debtors are commonly related in much more than name or ownership.  In addition to inter-company transfers and claims between debtors, it is common for such enterprises to separate functional asset ownership from legal asset ownership.  This distinction may be an important one for various groups of creditors seeking additional sources of recovery.

– Third (and finally), creditors – and the professionals who represent them – should thoroughly investigate any and all “control,” commingling, and other aspects of the relationships between related debtors which may give rise to indirect ownership of assets.  Where doubt or conflicting claims exist as to specific assets, it is important for parties with competing claims to reserve their rights early and clearly – thereby making themselves the “squeaky wheel” in the event of any future “grease.”