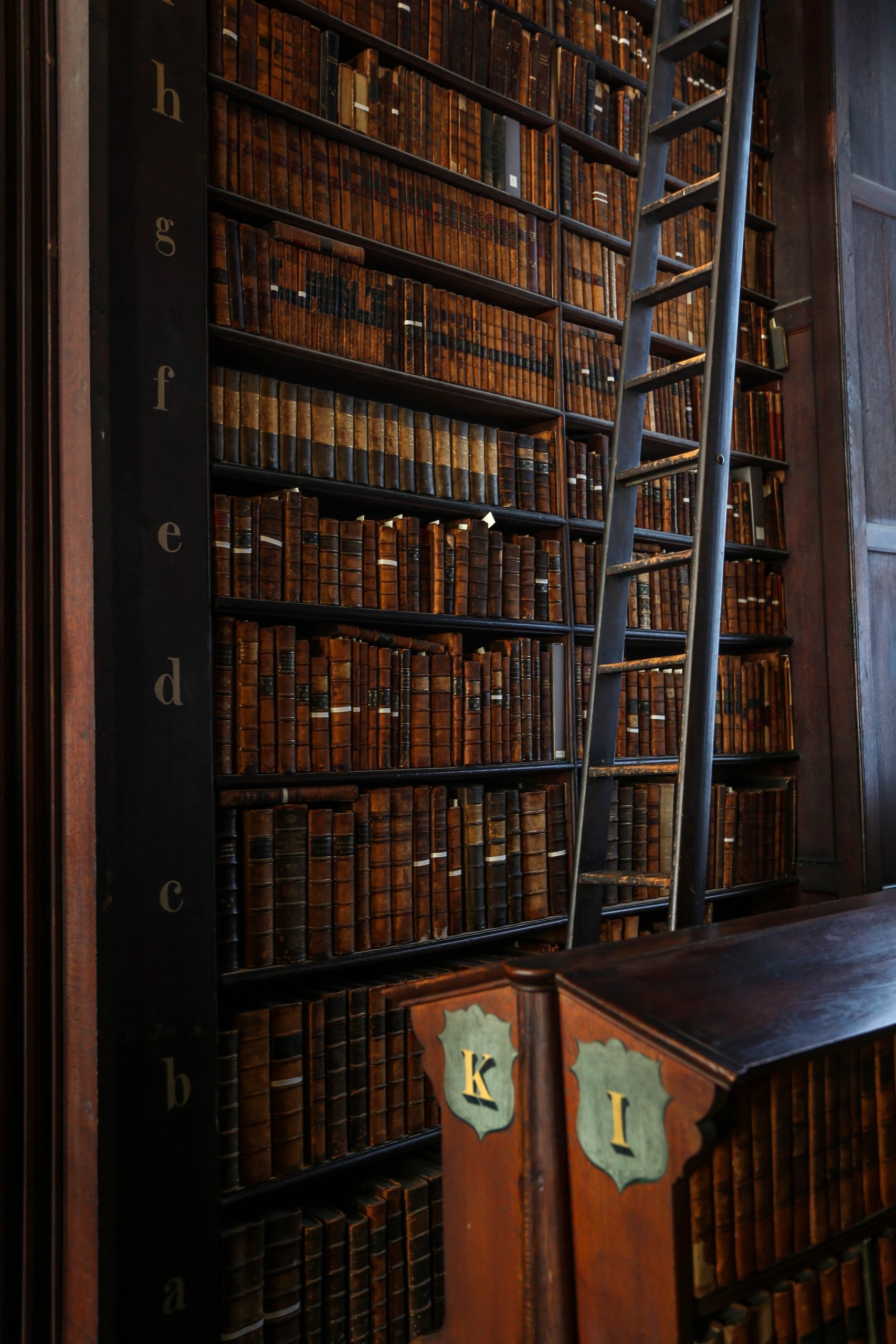 In G&G Prods., LLC v. Cecchi Gori Pictures (In re Cecchi Gori Pictures), No. 18-1042, 2019 Bankr. LEXIS 1062, 2019 WL 1448116 (9th Cir. BAP Mar. 29, 2019), the United States Bankruptcy Appellate Panel for the Ninth Circuit, in an unpublished memorandum pertaining to a fraudulent transfer action, reversed a judgment granting debtors’ partial summary judgment motion and ordering turnover of the transferred property. The BAP concluded that the bankruptcy court improperly excluded parol evidence pertaining to the value given in exchange for the transfer, which evidence, if properly considered, created a triable issue of material fact such that the partial summary judgment was improperly granted. To read the full unpublished memorandum, click here.

Debtors Cecchi Gori Pictures and Cecchi Gori USA, Inc. were part of a corporate family of entities that were owned or controlled by Vittorio Cecchi Gori, an Italian film producer. Debtors produced motion pictures and held rights to scripts and other intellectual property that potentially could be made into movies. Mr. Gori separately claimed ownership of certain intellectual property distinct from that owned by debtors, including the Cecchi Gori trademark. Mr. Gori and debtors ran into financial difficulties and (1) borrowed $1.5 million from Gabriele Israilovici and (2) employed Mr. Israilovici as a consultant for $1.0 million. Mr. Gori individually and as CEO of debtors entered into first a promissory note, then a Private Agreement dated November 2012, to repay the $2.5 million to Mr. Israilovici. The Private Agreement stated that if Mr. Gori did not pay the amount due by January 15, 2015, he would transfer to Mr. Israilovici various rights listed in an attachment to the agreement and the Cecchi Gori trademark.

Mr. Gori did not pay by the due date and, in April 2015, he caused debtors to transfer the listed assets and personally transferred the remaining promised property to Mr. Israilovici. These transfers were memorialized by an Assignment which (1) acknowledged the Private Agreement to repay by January 2015 and if not, the promise to transfer the assets; (2) admitted the January 2015 default; and (3) provided for the subsequent transfer of the assets. The Assignment stated that the transfer was for good and valuable consideration, the full compensation for which was one dollar ($1.00). It also included an integration clause which provided that the Assignment expressed the entire understanding of the parties and superseded any prior agreements.

On the same day as the Assignment, Mr. Israilovici transferred the assets to a newly formed LLC, G&G Productions, LLC, of which he owned a 50% interest and was the managing member. The Operating Agreement valued the assets contributed by Mr. Israilovici at $2.0 million. A year later G&G sold the transferred assets to Fabrica Services, Inc., for an initial $300,000 to be followed by additional payments. The $300,000 was allocated between a 50% interest in a specific asset ($150,000), $30,000 for the rights to the name Cecchi Gori, and $120,000 for exclusivity for five years in connection with licensing to third parties.

Debtors filed chapter 11 petitions in December 2016. Mr. Israilovici filed a proof of claim for $2.5 million due on the note and the consulting agreement. Debtors filed an adversary proceeding against G&G and Mr. Israilovici for, among other claims for relief, constructive fraudulent transfers under both California law and Section 548(a)(1)(B). Debtors filed a motion for partial summary judgment on their fraudulent transfer claims, asserting there was no dispute a transfer occurred, as a result of which they became insolvent. They claimed it was also undisputed that debtors only received $1.00 for the assets, which was essentially no value. Because the Assignment contained an integration clause, debtors asserted that the bankruptcy court was prohibited by the parol evidence rule from considering anything more than $1.00 as value given for the transfer, including the purported cancellation of the previous debt by Mr. Gori. Finally, debtors argued that the conduct and admissions of both G&G and Mr. Israilovici showed that the value of the transferred assets materially exceeded $1.00, such that the value given was not reasonably equivalent to the value of the transferred assets, making the transfer constructively fraudulent.

G&G’s primary opposition was that there were triable issues of fact on whether Mr. Israilovici had given reasonably equivalent value for the assets. They relied on factual evidence outside the face of the Assignment, including (1) the satisfaction of the preexisting debt, (2) that the value of the debtors’ assets for their creditors was questionable without the simultaneous contribution of Mr. Gori’s separate intellectual property so that value might be minimal, (3) that the script rights transferred had only a contingent value, and (4) that debtors’ chain of title to some of the scripts had not been established by a recognized independent person. Through a declaration from Mr. Israilovici, they asserted that he had surrendered the note to Mr. Gori (a fact which he declared he had forgotten when he filed the proof of claim), which alone was consideration of $2.5 million for the assets. Therefore, there were material disputed facts regarding the value given for the transfer and the value of the transferred assets, making whether reasonably equivalent value had been given open to dispute.

The bankruptcy court granted partial summary judgment for debtors, finding that undisputed facts established they did not receive reasonably equivalent value for the assets. To reach this conclusion, the court excluded all of the extrinsic evidence offered by defendants because the Assignment was a fully integrated agreement and thus parol evidence was inadmissible. Without that evidence, there was no evidence to support defendants’ assertion the value given was reasonably equivalent.

The bankruptcy court entered a judgment for debtors which contained a Rule 54(b) certification, making it final for appeal, which followed.

The BAP reversed because the extrinsic evidence that was improperly excluded showed there were material facts in dispute.

First, it recited the two-pronged test for reasonably equivalent value: (1) whether value was given in exchange for the transfer and (2) whether the value of what was transferred was reasonably equivalent to what the debtor received. In re Brobeck, Phleger & Harrison LLP, 408 B.R. 318, 341 (Bankr. N.D. Cal. 2009). It then examined the applicability of the parol evidence rule, codified in sections 1856 and 1625 of the California Code of Civil Procedure, to a fraudulent transfer claim. This rule generally prohibits the introduction of either oral or written extrinsic evidence to alter or add to the terms of an integrated written agreement. The rule is one of substantive law based on the concept that an integrated contract establishes the agreement between the parties and any other evidence that contradicts the writing is irrelevant.

The BAP found the parol evidence rule had no applicability to fraudulent transfer claims. First, the action was not a contract action, and the court was determining value given and received, not the rights and liabilities of the parties to the agreement. Second, the existence of an integration clause does not, in itself, exclude parol evidence. California law provides an exception to the parol evidence rule that allows parties to contradict a recital of executed consideration, i.e., here the $1.00 shown as consideration. Doria v. International Union, Allied Industrial Workers, 196 Cal. App. 2d 22, 39 (1961). Indeed, a mere recital of consideration is not in any case a term of the contract. Moreover, when an agreement includes provisions of a document not physically part of the basic contract, the terms of that document become part of the agreement. Here, the Assignment referred to the Private Agreement, which provided that if Mr. Gori did not pay timely, Mr. Israilovici would receive the assets.

Once the BAP considered the evidence the bankruptcy court had excluded by improperly applying the parol evidence rule, the disputed facts regarding value given became easily apparent. The extrinsic evidence would cause the trial court to weigh whether the value given included cancellation of the prior debt, sufficient in itself to defeat summary judgment for debtors.

As a former member of the BAP, I wish the panel had published this memorandum, even though its ruling was not a groundbreaking statement of law. The role of the parol evidence rule in California is not well known or understood by the bench and bar alike. And that is when considering its application to contract interpretation. A published case would have been an effective educational tool. Here, application of the rule was even further afield, since the court was determining reasonably equivalent value in a fraudulent transfer action, not interpreting the rights and liabilities of parties to an agreement. Exclusion of such evidence here eviscerated the summary judgment opposition, an opposition that would require the court to weigh conflicting evidence in reaching its ultimate conclusion whether reasonably equivalent value was given.

One further comment: filing a summary judgment motion under federal law is an exacting, time consuming, and expensive proposition for the moving party and almost equally financially burdensome for the responding parties. Moreover, it creates more work for chambers staff and the judge than almost any other type of motion, especially when one considers the evidentiary rulings which must be made regarding the evidence submitted in written form and the written objections thereto. Counsel should be very careful in considering the likelihood of success before undertaking such a task. The California law about parol evidence cited here by the BAP is old and well settled. Since the debtors’ only hope to succeed was to exclude the contrary evidence about value, thorough research about the rule might have avoided a costly adventure for all. Also, sometimes trial is cheaper than a summary judgment motion and more often the final ruling in the case. A judgment in an adversary proceeding based on factual findings after a full trial is less likely to invite an appeal than de novo review of a summary judgment.

These materials were prepared by ILC advisor Hon. Meredith A. Jury (ret.), with editorial contributions from ILC advisor Adam A. Lewis of Morrison & Foerster (ALewis@mofo.com).