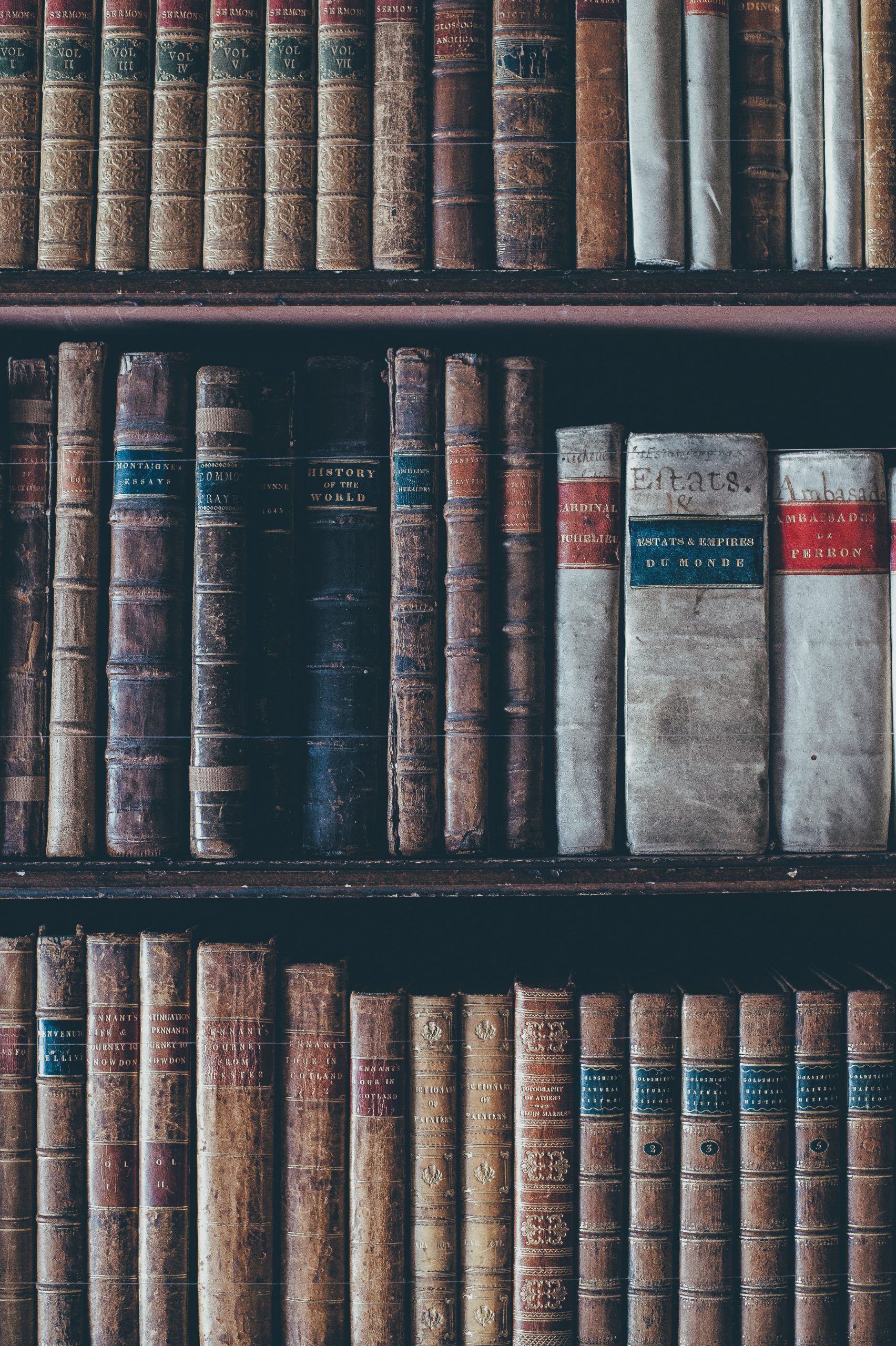 The California Court of Appeal reversed the trial court’s judgment and held that the Uniform Voidable Transactions Act (Cal. Civ. Code. § 3439 et seq., formerly known as the Uniform Fraudulent Transfer Act, or UFTA) can apply to a premarital agreement in which the prospective spouses agree that upon marriage each spouse’s earnings, income, and other property acquired during marriage will be that spouse’s separate property. Robert Sturm v. Todd Andrew Moyer et al., No. B284553 (Cal. Ct. App. Feb. 15, 2019). The Court held that the application of the UFTA to a premarital agreement depends on whether there was actual or constructive fraud under Civil Code section 3439.04, and remanded to the trial court to make that determination. To read the full decision, click here.

This appeal arose from a lawsuit filed by Robert Sturm against Todd Moyer and Jessica Schell under the UFTA to set aside the alleged transfer of Moyer’s community property interest in Schell’s earnings and income as the result of a premarital agreement.

In 2005, Sturm obtained a $600,000 non-dischargeable judgment in bankruptcy court against Moyer. Sturm renewed the judgment in 2015. Over the years, Sturm conducted several judgment debtor examinations of Moyer, during which Moyer claimed to have no assets, that he did not intend to work ever again and would never be able to pay any portion of the judgment.

During a judgment debtor examination in 2016, Sturm discovered that Moyer had married Schell around 2014, and that they entered into the agreement which provided that each party’s earnings and income, and any property acquired during the marriage by each spouse, would be that spouse’s separate property. The agreement included a provision allowing the parties to open a jointly owned checking account to meet their reasonable present and future living expenses, but that any property acquired with funds from the account will be owned in the ratio of the respective contributions of each party’s separate property into the account. The agreement expressly stated that the account will not create any community property interest. The agreement also included a “sunset provision,” providing that in the event the judgments and liens against Moyer lapse or become unenforceable, then the parties’ earnings, income and assets accrued during marriage would become community property from the date of the marriage.

Moyer and Schell successfully demurred to both an initial and amended complaint, and the trial court sustained the second demurrer without leave to amend. In sustaining the demurrer, the trial court found that under In re Marriage of Dawley (1976) 17 Cal.3d 342 and Cal. Fam. Code § 1500, they had the right to alter the presumptions of community property otherwise provided by Cal. Fam. Code §§ 760 and 910(a). Sturm argued that the agreement was avoidable because the premarital agreement was not effective until marriage, at which point in time Moyer and Schell obtained a present interest in community property and then, by agreement, transferred each of their community interests to the other. The trial court did not agree.

A judgment was entered, and Sturm timely filed a notice of appeal.

The Court of Appeal Ruling and Reasoning

The Court reversed the judgment, holding that the UFTA can apply to premarital agreements in which the prospective spouses agree that each spouse’s earnings, income and property acquired during marriage will be that spouse’s separate property.

At the time of the lawsuit, the UFTA provided that “[a] transfer made or obligation incurred by a debtor is fraudulent as to a creditor . . . if the debtor made the transfer or incurred the obligation . . . (1) With actual intent to hinder, delay, or defraud any creditor of the debtor.” Former Cal. Civ. Code former § 3439.04. A “transfer” under the UFTA includes “every mode, direct or indirect, absolute or conditional, voluntary or involuntary, of disposing of or parting with an asset or an interest in an asset. . . .” Former Cal. Civ. Code. § 3439.01(i). “A transfer is not made until the debtor has acquired rights in the asset transferred.” Cal. Civ. Code § 3439.06(d). The Court made it clear that although the ruling was under the former UFTA, its analysis applied to the current Uniform Voidable Transactions Act (“UVTA”).

Although a married couple’s community property is liable for the premarital debts of either spouse under Cal. Fam. Code §§ 902 and 910(a), the non-debtor-spouse’s earnings and income are shielded from liability for that premarital debt to the extent that those earnings and income are held in an account to which the debtor-spouse does not have access, and are not commingled with other community property (except for insignificant amounts). Cal. Fam. Code. § 911(a). Couples may also change the character of property acquired during marriage by entering into a premarital agreement beforehand. By law, a premarital agreement does not become effective until marriage. Cal. Fam. Code. § 1613. At marriage, the agreement becomes effective and (1) each spouse obtains a present interest in community property by operation of law pursuant to Cal. Fam. Code § 715, and (2) transfers to the other his or her community interest in the other’s earnings, income or other property acquired during the marriage.

Does Premarital Agreement Here Effect a “Transfer” Under the UFTA

Moyer and Schell argued that no transfer took place when they entered into the agreement because they altered the applicability of the community property laws such that neither spouse obtained any interest in community property upon marriage. Sturm, on the other hand, argued that pursuant to Cal Fam. Code § 1613, because a premarital agreement does not become effective until marriage. a transfer occurred at that point in time and the UFTA could therefore invalidate the premarital agreement.

The Court of Appeal found that both the statutory language and legislative history of the UFTA and the California Family Code suggest that the UFTA can apply to premarital agreements such that a transfer takes place upon marriage. Because the statutory language and legislative history were only suggestive and not conclusive, the court turned to the policy considerations favoring and disfavoring each side’s interpretation of the statutes and held that these considerations favored Sturm’s interpretation. By enacting Cal Fam. Code § 911, the Legislature provided protection for couples like defendants who enter into a premarital agreement in which the parties agree that each party’s earnings, income, and assets acquired during marriage would be that party’s separate property, and one party has significant debts while the other has substantial income. Cal. Fam. Code § 911 shelters the non-debtor-spouse’s earnings from liability so long as those earnings are kept in a separate account, to which the debtor-spouse has no right of withdrawal, and are not commingled with other community property. “This provision demonstrates, not only an intent to protect the non-debtor-spouse’s earnings, but also a policy judgment – an intent to prevent the debtor-spouse from taking advantage of that protection at the expense of his or her creditors by being allowed access to the protected funds,” such as Moyer had with Schell in the joint account the agreement allowed. Thus, since a premarital agreement does not become effective until marriage, a transfer, as defined in the UFTA, takes place upon marriage.

The court held that the UFTA can apply to a premarital agreement and remanded to the trial court to determine whether there was actual or constructive fraud in this case as to trigger the application of the UFTA specifically to the defendants’ agreement.

The court was particularly swayed by the fact that the agreement explicitly included a joint bank account and the “sunset provision,” if Moyer ever got rid of the judgments and liens. While clarifying that any premarital agreement could be subject to an actual or constructive fraud attack, the decision indicates a brighter line would apply where, unlike in Sturm, such agreements keep earnings and accounts entirely separate. At bottom, the Court probably was disturbed by an agreement that created something like community property through community support use and re-created the community retroactively if and when the risk of liability to Sturm had disappeared.