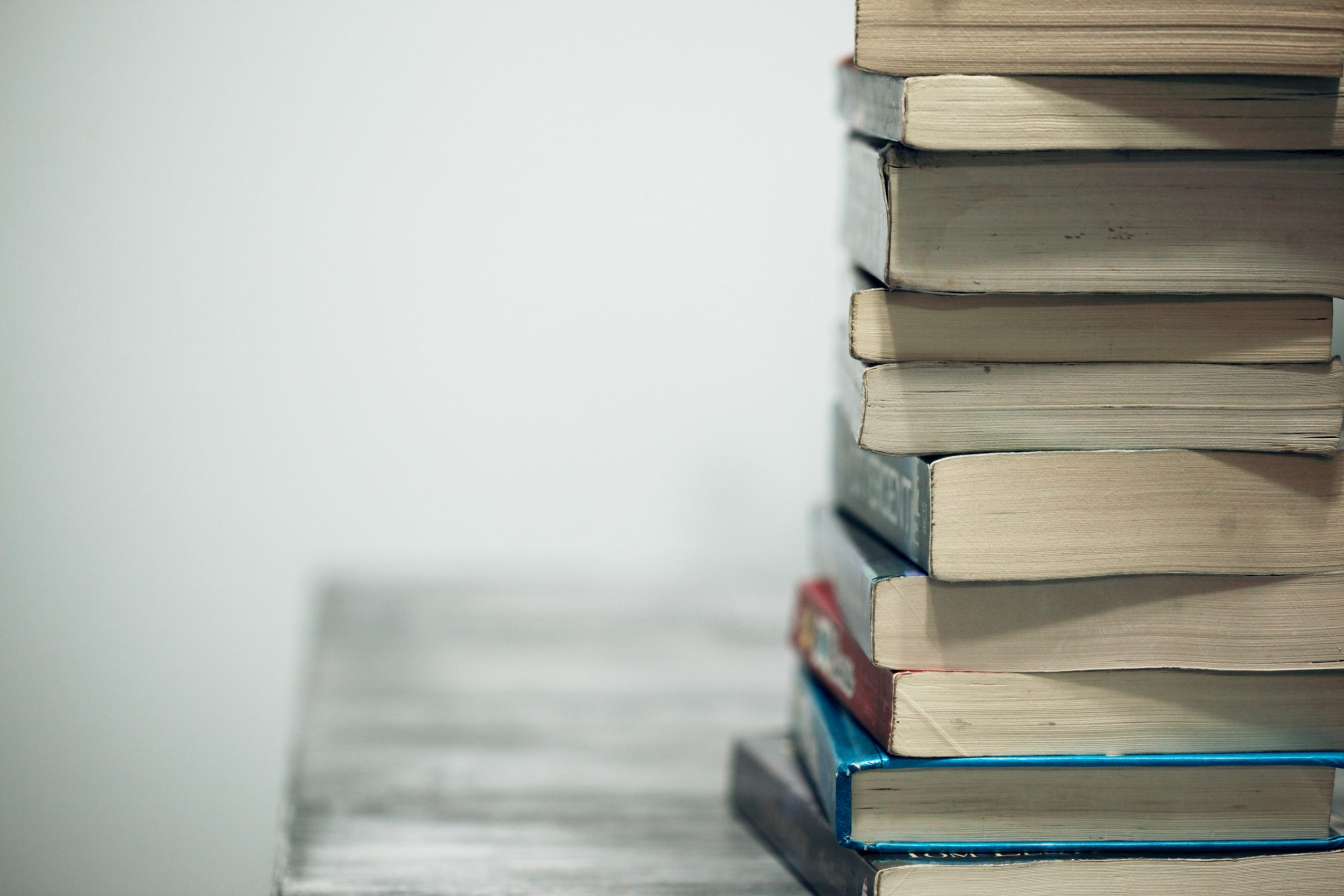 Posted at 05:30h in Cases of Interest by SouthBayLaw_Ad 0 Comments

Resolving a split in the circuits, the United States Supreme Court held in Mission Product Holdings, Inc. v. Tempnology, LLC, 587 U.S. ___, 2019 WL 2166392 (May 20, 2019), in an 8-1 opinion with broad implications for executory agreements in bankruptcy proceedings, that a debtor/licensor’s rejection of a trademark license agreement did not deprive the licensee of the right to continue to use the trademark within the scope the agreement. (The dissent argued the appeal was moot.) The opinion can be found here.

Debtor/Respondent Tempnology, LLC (“Tempnology”) made athletic apparel under the trademark “Coolcore.” Tempnology granted Petitioner Mission Product Holdings, Inc. (“MPH”) a nonexclusive license to use the “Coolcore” trademark worldwide. About nine months before the agreement’s expiration, Tempnology filed a petition for relief under Chapter 11 of the bankruptcy code (11 U.S.C. §§ 101 et seq.) (the “Bankruptcy Code”). The bankruptcy court thereafter granted Tempnology’s motion to reject the license under section 365(a) of the Bankruptcy Code. There was no dispute that rejection constituted a breach of the agreement by Tempnology as of the petition date per Bankruptcy Code section 365(g), or that MPH thereby had a claim for breach of contract damages.

Later, Tempnology sought and obtained a bankruptcy court ruling that the rejection also stripped MPH of the right to use the trademark. The bankruptcy court based its decision, in part, on the special provisions of Bankruptcy Code sections 365(h) and 365(n) which specifically give counterparties the option to continue to use the subject property after rejection of a real property lease or “intellectual property” license after rejection of the underlying agreement (note that Congress deliberately did not include trademarks in the definition of “intellectual property”). The bankruptcy court reasoned that, because the Bankruptcy Code provides specific protection of a tenant’s or intellectual property licensee’s post-rejection rights, no such rights exist in other contexts unless expressly provided. Thus, the negative inference from the Bankruptcy Code is that a trademark licensee loses its right to use the trademark after upon rejection.

Upon appeal by MPH, the bankruptcy appellate panel (the “BAP”) reversed. However, the First Circuit later reversed the BAP. Upon MPH’s petition, the Supreme Court granted certiorari to resolve a split in the Circuit Courts of Appeal. Ultimately, the Supreme Court reversed the bankruptcy court’s ruling, and the First Circuit’s reversal of the BAP, finding that MPH’s right to use the trademark was not necessarily disturbed by Tempnology’s rejection of the license.

The Supreme Court focused on two factors, effectively turning the negative inference analysis on its head. The first factor is section 365(g), which makes rejection of an executory contract a breach of the agreement as of the petition date. The second factor is that, absent an express provision of the Bankruptcy Code to the contrary, state law generally governs the rights of parties. The Supreme Court therefore reasoned that since the Bankruptcy Code does not define or otherwise delineate the meaning of the word “breach” as used in section 365(g), state law governs its meaning and consequences – absent a contrary provision in the Bankruptcy Code. There being no such contrary provision relating to trademark licenses, the Supreme Court held that state law controls the effect of rejection of trademark license.

The Court then reasoned that, under the relevant state law, the breach of an agreement gives the aggrieved party the choice of treating the agreement as terminated and making claim, or continuing to rely on the agreement and setting off its damages for the breach against its continuing obligations (e.g., to pay royalties). On this model, the breach resulting from Tempnology’s rejection of the MPH license gave MPH a choice: either terminate and claim damages, or rely on the agreement and set off its damages. Here, MPH elected to retain its right to use the trademark and was thus entitled to do so. In reaching this conclusion, the Supreme Court in effect treated sections 365(h) and 365(n) not as grounds for a negative inference about the counterparty’s post-rejection rights in the absence of such express legislation, but instead interpreted those provisions as modifying whatever state law rights parties might have in their absence upon breach by rejection.

(The opinion’s analysis begins with an interesting and instructive discussion of Tempnology’s claim that the expiration of the agreement’s natural life during the proceedings mooted the appeal. The Supreme Court rejected that contention. However, that part of the opinion is the beyond the scope of this eBulletin.)

The opinion clearly is good news for counterparties to executory agreements rejected by debtors, but bad news for debtors that want to “re-sell” or retain for their own exclusive use potentially valuable rights. But this opinion’s progeny may be more complex than may be first imagined. The opinion overrules the decision in Lubrizol Enters. v. Richmond Metal Finishers, 756 F.2d 1043 (4th Cir. 1985). That decision held that rejection of a patent license deprived the nondebtor licensee of its right use the patent. (The Seventh Circuit later ruled the other way in Sunbeam Products, Inc. v. Chicago American Mfg., LLC, 686 F.3d 372 (7th Cir. 2012).) But consider that it was the Lubrizol decision that gave rise to section 365(n), which was Congress’s response to the threat that Lubrizol represented to the burgeoning technology industry by providing certain express protections to the counterparties to licenses of intellectual property. And, of course, there was Congress’s legislation first passed under the Bankruptcy Act of 1898 and preserved in the Code in 1978 that similarly protected tenants from losing their right to possession upon rejection of a real property lease. But what if the rights of a counterparty upon breach under applicable state law are broader than (or even advantageously different from) the rights that sections 365(h) and (n) give them? Are such counterparties now worse off than they would have been without those two apparent Congressional attempts to protect them upon rejection of their agreements? As Justice Sotomayer indicates in her concurring opinion, due to “variances that stem” from section 365(n), the postrejection rights and remedies of licensees of other types of intellectual property are potentially more restrictive in some respects than those possessed by trademark licensees. Was this what Congress intended when it crafted section 365(n) in response to the Fourth Circuit’s decision in Lubrizol?

Only time will tell whether counterparties to those two kinds of agreements are now at a disadvantage compared to counterparties to other kinds of contracts even though those two remedial statutes were designed to enhance the rights of counterparties to the contracts they cover. If so, will Congress have to repeal them? Or will courts find that the rights granted in them are cumulative of state law rights upon breach in order to bridge what may now be a quirk in the operation of section 365? Indeed, if the assumption of resorting to state law absent a specific bankruptcy rule was the Congressional backdrop of the Bankruptcy Code from the start as the Tempnology opinion presumes, one can ask why Congress didn’t just pass legislation overruling Lubrizol outright instead of creating section 365(n) (or establishing the presumed resort to state law as a provision applicable to the entire Bankruptcy Code to avoid future interpretive mishaps like Lubrizol). And what then of the original inclusion of section 365(h)? Finally, Tempnology probably will unleash a scramble in cases to determine what state law provides in the event of a breach as debtors and counterparties to executory agreements seek whatever advantage the decision may give them in light of the particular kind of contract and the relevant governing state law with which they are dealing.

Thank you for your continued support of the Committee.