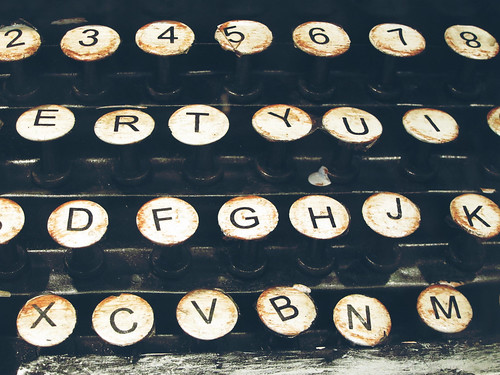 In Vincent Jue v. Maggie Liu, et al. (In re Liu), 611 B.R. 864 (9th Cir. BAP 2020), the U.S. Bankruptcy Appellate Panel of the Ninth Circuit ruled that: (1) an order denying a 11 U.S.C. § 109(g)(2) dismissal motion is final and immediately appealable; (2) non-statutory, equitable defenses are not available to a recipient of a preferential transfer; and (3) a California attachment lien obtained within the 90-day preference period automatically terminates upon the filing of a bankruptcy petition by operation of law.

Vincent Jue sued Maggie Liu in state court, asserting causes of action for breach of a promissory note, fraud, conversion and fraudulent transfer. Jue obtained a right to attach order and writ of attachment under California law. Before the writ of attachment was recorded, Liu transferred legal title in her residence to her daughters. Jue then filed a second lawsuit to avoid the transfer as a fraudulent transfer and recorded a lis pendens.

In March 2017, Liu filed a chapter 13 petition, which indicated that her daughters reconveyed the residence to Liu. Jue obtained relief from stay to prosecute the fraud lawsuit. On May 4, 2017, at Liu’s request, the bankruptcy court entered an order dismissing the chapter 13 case.

Prior to Liu filing a subsequent chapter 7 petition, Jue recorded his writ of attachment against Liu’s residence and stipulated with Liu to entry of a money judgment.

Several months later, the chapter 7 trustee commenced an adversary proceeding against Jue to avoid the attachment lien against Liu’s residence as a preferential transfer. The trustee and Jue filed cross-motions for summary judgment. Jue presented several affirmative defenses to the preference claim all based in equity, including that because Liu’s misconduct caused the court to deny the Section 109(g)(2) motion, equity demanded judgment in his favor.

The bankruptcy court rejected all of Jue’s affirmative defenses and ruled in favor of the trustee. On February 21, 2019, Jue appealed the bankruptcy court’s oral rulings on the cross-motions for summary judgment as well as the September 2017 order denying the motion to dismiss Liu’s bankruptcy case. On April 3, 2019, the bankruptcy court entered a judgment avoiding Jue’s attachment lien. The next day, Jue filed an amended notice of appeal to include the final judgment.

On appeal, the BAP considered two issues: (1) whether Jue timely appealed the order denying the Section 109(g)(2) motion to dismiss; and (2) whether the bankruptcy court erred in granting summary judgment in favor of the trustee in the preference adversary proceeding.

The BAP first noted that “[t]he test for finality in bankruptcy typically asks two questions: (1) whether the bankruptcy court’s order fully and finally determined the discrete issue or issues it addressed; and (2) whether it ‘resolves and seriously affects substantive rights.’” The purpose underlying Section 109(g)(2) is to prevent abusive and serial bankruptcy filings intended to frustrate creditors’ state law rights. Because it is not a jurisdictional prerequisite for bankruptcy relief, however, Section 109(g) eligibility can be waived.

Jue made two principal arguments on appeal: (1) rulings that enable a bankruptcy case to continue are not final, citing Moen v. Hull (In re Hull), 251 B.R. 726 (9th Cir. BAP 2000); and (2) the bankruptcy court’s order denying the Section 109(g)(2) motion to dismiss did not become final until the bankruptcy court entered judgment in the preference action, because that was when his rights were affected. The BAP rejected both arguments.

The BAP also reasoned that if Jue’s argument was accepted—because Liu is a chapter 7 case and there is no plan to confirm—denial of the Section 109(g)(2) motion would continue to be interlocutory until the case was converted, dismissed or closed. The uncertainty as to the date of conversion, dismissal or closure makes these dates unsuitable as triggers for finality and would lead to an unworkable piecemeal system for purposes of appellate jurisdiction.

Similarly, the BAP expressly rejected Jue’s argument that finality should hinge on when the potential harm to him was actually realized, observing that this would also lead to a practically unworkable system, where finality would occur for different parties at different times.

In holding that the denial of the Section 109(g)(2) motion was final, the BAP relied on Aspen Skiing Co. v. Cherrett (In re Cherrett), 523 B.R. 660, 665 (9th Cir. BAP 2014), as corrected, (Nov. 18, 2014), aff’d, 873 F.3d 1060 (9th Cir. 2017). In Cherrett, the Ninth Circuit affirmed the BAP’s ruling that a denial of a Section 707(b) motion to dismiss for abuse was final, focusing on “policies of judicial efficiency and finality.” Here, the BAP in Liu found “no meaningful distinction” between denial of a motion to dismiss under Section 707(b) and that under Section 109(g)—both statutes were enacted to tackle abusive bankruptcy filings. If a party could not immediately appeal rulings denying these motions, the bankruptcy proceeding would have to come to fruition before the abusive nature of the bankruptcy filing could be determined.

The BAP noted that, rather than directly challenging the elements of a preference under Section 547, Jue relied primarily upon equitable defenses, including unclean hands, equitable estoppel, breach of fiduciary duty, and “relation back.”

The BAP rejected all of Jue’s equitable defenses and held that “there are no exceptions or defenses to avoidance of preferences other than those specified in [Section 547(c)].” The BAP also held that, even if it were to consider Jue’s equitable defenses, they were without merit because they were, in effect, an impermissible collateral attack on the bankruptcy court’s order denying the Section 109(g) motion to dismiss.

The BAP rejected Jue’s final argument that the attachment lien “related back” both to the lis pendens he filed in state court and to the date the state court issued the right to attach order on grounds that these arguments were not supported by California law. In particular, Jue never obtained a judgment in state court that would permit the judgment to relate back to the filing date of the lis pendens, thereby putting the lien outside the preference window. The BAP also noted that the attachment lien obtained within 90 days of the petition date automatically terminated upon the filing of the chapter 7 petition by operation of law under California Code of Civil Procedure section 493.030(b).

This opinion provides a cautionary tale to litigants who are unsure about the finality of an order. The BAP underscores the proposition that if the finality of a particular order is ambiguous, litigants should file a notice of appeal out of an abundance of caution to preserve their rights.

It is hardly remarkable that the BAP squarely rejected Jue’s equitable defenses to the preference claim, as none are provided for in the statute. The opinion makes clear that the Ninth Circuit is unwilling to consider other equitable defenses to an avoidable preference claim other than those set forth in Section 547. Notably, the Honorable Laura Taylor authored a concurring opinion to make plain her view that, “while litigation involving the attachment lien was inevitable, a preference action to set it aside was unnecessary” given that the attachment lien automatically terminated on the petition date under California law.