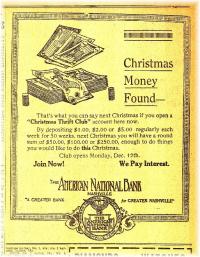 Posted at 15:18h in Bankruptcy, Reorganization by SouthBayLaw_Ad 0 Comments

One of the fundamental functions of any bankruptcy proceeding is the establishment of an amount and priority for each creditor’s claim against the debtor. A short, 5-page decision issued late last month by the Nebraska Bankruptcy Court in two related Chapter 11 cases (Biovance and Julien) serves as a reminder that although creditors are not permitted a “double recovery” on their claims, they are nevertheless permitted to assert the full value of their claims until those claims are paid in full.
In the US, it is common for creditors to mitigate credit risk through two primary means: Taking a security interest in the debtor’s collateral, and/or securing a guaranty of payment from a [non-debtor] third party. Further, and in the event of a payment default, courts frequently recognize a creditor’s right to pursue simultaneous collection activity for the entirety of the debt against the debtor, the collateral, and the guarantor. In a recent decision involving two related Chapter 11 debtors, a Nebraska Bankruptcy Court was asked by the debtors to limit the amounts claimed by a creditor as the creditor had already received a portion of the payments owed to it.
In this case, a business debtor (Biovance) had leased equipment from American National Bank (ANB), collateralizing one of the leases with a certificate of deposit held by that debtor.  The other lease was protected by a guarantee issued by the individual debtor (Julien) to ANB.  ANB had obtained permission to collect its collateral with respect to the first lease, and to liquidate its claims in Nebraska state court with respect to the second (which claims were subsequently settled).  The debtors argued, among other things, that as the confirmed bankruptcy plan provided for payment in full of all claims, the creditor was therefore obligated to immediately credit the amounts it had received.  ANB argued that a proof of claim filed under 11 U.S.C. § 502 need not be reduced by amounts recovered from a third party unless it stood the chance of a double recovery.
The Bankruptcy Court of Nebraska agreed with ANB, noting that the confirmed plan is neither a recovery nor payment in full. It is only a promise to pay. The Court went on to hold that until such time as ANB had actually received its payment in full, it was entitled to assert the balance due against all concerned parties – including the debtors.
Establishing the amount and priority for each creditor’s claim against the debtor fixes the limit of recoveries available to a creditor from the debtor’s estate. Such claims are, in the aggregate, an important factor in the creditors’ assessment of the feasibility of a debtor’s proposed reorganization – and in determining whether liquidation offers them a preferable recovery.
The Biovance decision, though not surprising, nevertheless reminds creditors and their counsel to preserve all of the value of their claims, even if paid partially, until the claims are paid in full.