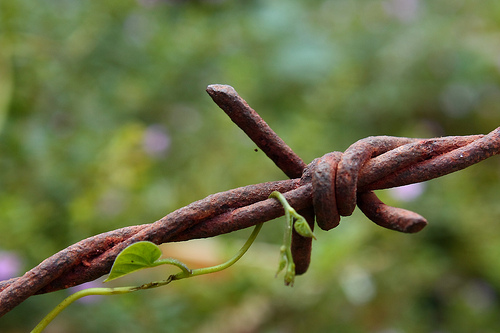 Posted at 16:41h in Bankruptcy, Reorganization by SouthBayLaw_Ad 0 Comments

In the confirmation of a Chapter 11 plan – as in life – it is often the little things that count.

Late last month, a Houston Bankruptcy Court provided helpful guidance on a very seldom-discussed, and often-overlooked, confirmation issue:  Whether the reorganized debtor’s management make-up and structure is consistent with “public policy.”  A copy of that decision is available here.

Barring an outright sale of assets, the confirmation of a plan of reorganization is typically the centerpiece of any Chapter 11 case.  Chapter 11’s confirmation provisions – set forth in section 1129 – impose a broad variety of requirements on the debtor, all of which must be met or legitimately excused under recognized exceptions.  Though many of these requirements have been extensively litigated and discussed by Bankruptcy Courts, several – including those pertaining to the governance and ownership structure of the reorganized debtor – have not enjoyed nearly as much review or discussion.  Before the Bankruptcy Court in In re Digerati Technologies, Inc. was the issue of whether the debtor’s proposed management structure was appropriate in light of the Code’s requirement that post-confirmation management be appointed on terms “consistent . . . with public policy” under § 1129(a)(5)(A)(ii).

Digerati Technologies filed a Chapter 11 bankruptcy petition in May 2013.  The plan submitted by Digerati proposed that the CEO and CFO of the company, who were also stockholders and creditors of Digerati, continue as the officers and directors of the reorganized debtor entity, positions which they had occupied within the two years prior to Digerati’s Chapter 11.  Digerati was a publicly-traded holding company for an operational subsidiary.  Thus, the plan’s proposed ongoing “officer and director” capacity also left Digerati’s CEO and CFO effectively in control of Digerati’s subsidiary.

Two Digerati stockholders objected to the plan on the grounds that Digerati’s pre-petition self-dealing established that continuation of Digerati’s pre-petition management was “not in the best interest of the estate, the creditors, the equity security holders and fail[ed] to satisfy public policy.”  On the basis of the evidence adduced at the confirmation hearing, the Bankruptcy Court denied confirmation of Digerati’s plan for its inability to satisfy the requirements of section 1129(a)(5)(A)(ii).  In the process, the Court formulated a nine-point checklist of essential factors relevant to determining whether appointment of an individual to serve as an officer of a reorganized debtor is consistent with public policy:

(1) Does the proposed plan, if confirmed, keep the debtor in existence as an ongoing company, or is the debtor extinguished?

(2) Is the debtor a publicly- or privately-held company?

(3) Does continued service of the individual(s) proposed for officers and directors perpetuate incompetence, lack of direction, inexperience, or affiliations with groups inimical to the best interests of the debtor?

(4) Does the continued service of the proposed individual(s) provide adequate representation of all creditors and equity security owners?

(5) Does the retention of the proposed individual(s) violate state law in any respect?

(6) Is each proposed individual a “disinterested person”?

(7) Is each proposed individual capable and competent to serve in the proposed capacity assigned to him or her?

(8) Are the salaries and benefits that the proposed individual(s) will receive reasonable based upon the size of the debtor’s operations, the complexity of these operations, and the revenues to be generated?

(9) Are there any new independent outside directors being appointed under the proposed plan?

– Such little case law as exists on section 1129(a)(5)(A)(ii) suggests that a consistent focus is on whether management and the board of directors is “disinterested.”  Here, Digerati’s management was not.

– At least one decision reviewed by the Bankruptcy Court suggests that, where present management will continue, management’s track record is relevant:  Though Bankruptcy Courts are often reluctant to “second-guess” a debtor’s management, they will not reward or perpetuate incompetence and gross mismanagement where it clearly exists.

– Still another decision reviewed by the Bankruptcy Court focused on management’s level of compensation, relative to its experience and the demands of managing the debtor.

– Finally, the Bankruptcy Court’s helpful list of summarized factors, digested from all of the decisions, offers practitioners a useful “road map” to consider in drafting a Chapter 11 plan.

The Digerati decision serves as a reminder that all of Chapter 11’s requirements, no matter how seemingly arcane, must be met prior to a plan’s confirmation.  In hotly-contested matters, these requirements can often be a source of contention and – on occasion – tactical advantage.  In addition to this important reminder, Digerati offers both debtors’ and creditors’ counsel a helpful checklist for assessing their relative positions on the question of the debtor’s proposed corporate governance.